Furnished apartment for 3 people, the Eugenie suite has a large area of 50 m2 in the heart of the city center, in a 19th century building and is located 300 m from Place Ducale.

It is equipped with designer furniture and has all the modern comfort around the mind of Empress Eugenie.

Netflix is available for free,
Wi-Fi is free throughout the apartment 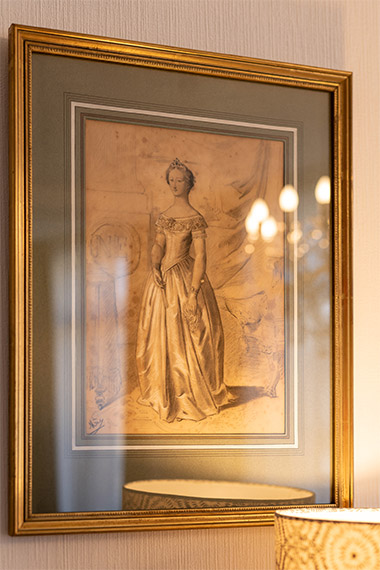 The Empress Eugenie – known as Eugenie de Montijo – born May 5, 1826 in Granada (Spain) and died July 11, 1920 at the Liria Palace in Madrid, is a French politician of Spanish origin.

She is the wife of Napoleon III, Emperor of the French, and therefore Empress of the French from January 29, 1853 to September 4, 1870.

The regency she exercised during the War of 1870 made her the last woman to have ruled France with the prerogatives of a head of state.